New Year in the Bay of Islands

Well the title of this offering is not quite correct as we actually spent Hogmanay and New Year’s Day with some friends in Manukau Heads, but we travelled on up to the Bay of Islands afterwards and spent the first week of the New Year camping Waitangi. It was unusual for me to be so unprepared for a holiday – since having the children I usually like to have everything booked and organised in advance so that there is no milling around and drifting.  Somehow this year I just felt quite relaxed about the whole holiday thing.  Up until a couple of weeks 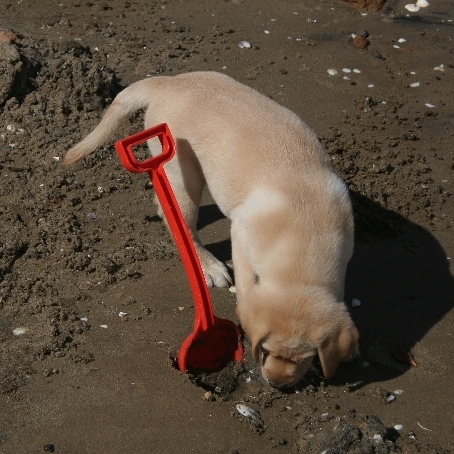 before Christmas we still really had no idea what we were going to do – just a vague thought that we would head north as that is an area that we haven’t yet been to. Then our friends Liz and Chas asked us if we would like to join them for a couple of nights over New Year at a house they had rented at Graham Beach on Manukau Heads.  That sounds like a plan we thought – had a quick look at the map to see where it was and decided that it could be a starting point.  Manukau Heads is a peninsula to the west and you look across the Bay towards Auckland. Considering that you can see Auckland across the Bay and the airport, Graham Beach itself seems quite remote and unspoilt.  The house sleeps ten and the sleep-out in the adjacent paddock sleeps five so there was plenty of space for all of us and there was access to the beach at the bottom of the garden via a set of steep wooden steps and a windy root-strewn path so we had a really chilled time there.

We had a wander along the beach on New Years’ Eve, it was low tide and there were lots of folk out collecting scallops – some on the water line and some out snorkelling.  We asked someone how big they were supposed to be and found out that they should be 100mm wide so we set to and started putting them in Josh’s bucket!  Every now and then we would jump as they opened their shells and spat at us! We managed to get about a dozen from the shoreline but didn’t venture out into deeper water.  Apparently they are not normally so deep but it was a blue moon that night (the second full moon of the month) and the tides were much higher than usual.   Technology came in handy as we used our phones and the internet to find out

what to do next with the spitting scallops!  They made a very pl

easant entrée as we cooked them in garlic butter and a little bit of white wine, mmm… yummy!  Will definitely have to try that again, unfortunately the Pipis that we collected the following day weren’t quite so successful, never mind we can always try again!  It is great being able to collect your own food and we have really enjoyed harvesting the crops in our garden which are all now coming to fruition.  Fruit and veg that we could only grow in a greenhouse in the UK is flourishing here – cucumbers, tomatoes and peppers as well as courgettes, carrots, broccoli. Silver beet, beans, fennel, rock melons, sage, basil, parsley are all doing well too.

We had a quiet but very pleasant Hogmanay, the children entertained themselves more or less and Monty the puppy slept when he wasn’t stealing any shoes that were inadvertently left at floor level!  It got a little chilly towards midnight so we loaded up the brazier and sat outside around it toasting our toes as well as the marshmallows.

Great fun was had with glowsticks which had to replace the fireworks that we had all forgotten to bring.  There is only a very small window of opportunity for buying fireworks here around Guy Fawkes Night and so they get put away for New Year and in our cases, forgotten about!   Never mind there’s always next year!

New Year’s Day dawned bright and sunny and the boys were keen to go out in the little rowing boat.  At high tide the sea comes right up to the cliff so it seemed like a good time to go out as we didn’t have to drag the boat d

own the beach a long way to the sea.  Liz, Lachlan, Aonghas, Jamie, Josh and I set off all dressed appropriately and left the men behind to chill out (it was Chas’ birthday after all).  Liz opted to go in the boat first with Lachlan and Josh so off they went whilst Jamie and Gus played on the rocks.  We watched them go round in circles before heading off more confidently out into the bay.  The wind had picked up a bit and we saw them turn to come back in to shore but then carried on playing on the rocks.  The next thing I heard as a little voice straining against the wind to be heard; “Help , we can’t get back in!” They weren’t that far away but the wind was buffeting them around in circles.  Valiantly (or stupidly!) I dived into the water and swam out to help point the boat in the right direction and guide them in to shore!  But then… Aonghas a

nd Jamie still wanted to go out in the boat so Josh and Lachlan climbed out and the rest of us climbed in as Liz steadied the boat.  Unfortunately she didn’t manage to get out before the boat started to drift away from the rocks against which we thought we were safely wedged.  The wind was blowing and the waves were pushing us along the coast and into the shore (fortunately for us as it turned out) and as we stru

ggled to turn around and row away, a wave washed us sideways onto a rock, I struggled in vain to stop myself from slipping along the seat which tipped the boat and the water flowed in!  Jamie and Gus scrambled out onto the rock as, amidst much laughter and shouting from the spectators on the rocks, Liz and I “woman-handled” the boat to stop it from sinking!  Luckily we were in shallow enough water t

o walk the brimming boat to the shore and empty it out before securing it on the rocks and deciding to give boating a miss for the day!  All safe as we were wearing lifejackets, the sea was warm and we were close in to shore.  In retrospect it even seems like a good thing to have happened as it made the children realise just what the dangers are when it comes to boats and the sea.  Enough excitement for the day, we retreated to the garden to relax in the sun, have a wander round to the winery (Awhitu) next door for a wine tasting (they do just two wines – a very crisp Chardonnay and a lovely Syrah, worth tasting) and then afternoon birthday tea of chocolate cake and champagne on the beach!  Perfect!

A Day Out on the Train