I wrote this post on the last day of my trip to Spain at the beginning of July and have just found it in the notebook I wrote it in which was in a paper bag inside a tote bag I bought in El Museo del Prado… don’t ask! I have been busy and haven’t had time to sort out the bits and pieces I brought back. Anyway, as a reflection of my thoughts at the time I think it is worth posting even if the dates now don’t fit, so please ignore the references to time.

Ultimo dia en Espana!  A little strange to be starting a blog on the last day of my trip but I just bought a notebook  and pencil at the Museo del Prado with a quote by Picasso on the cover; 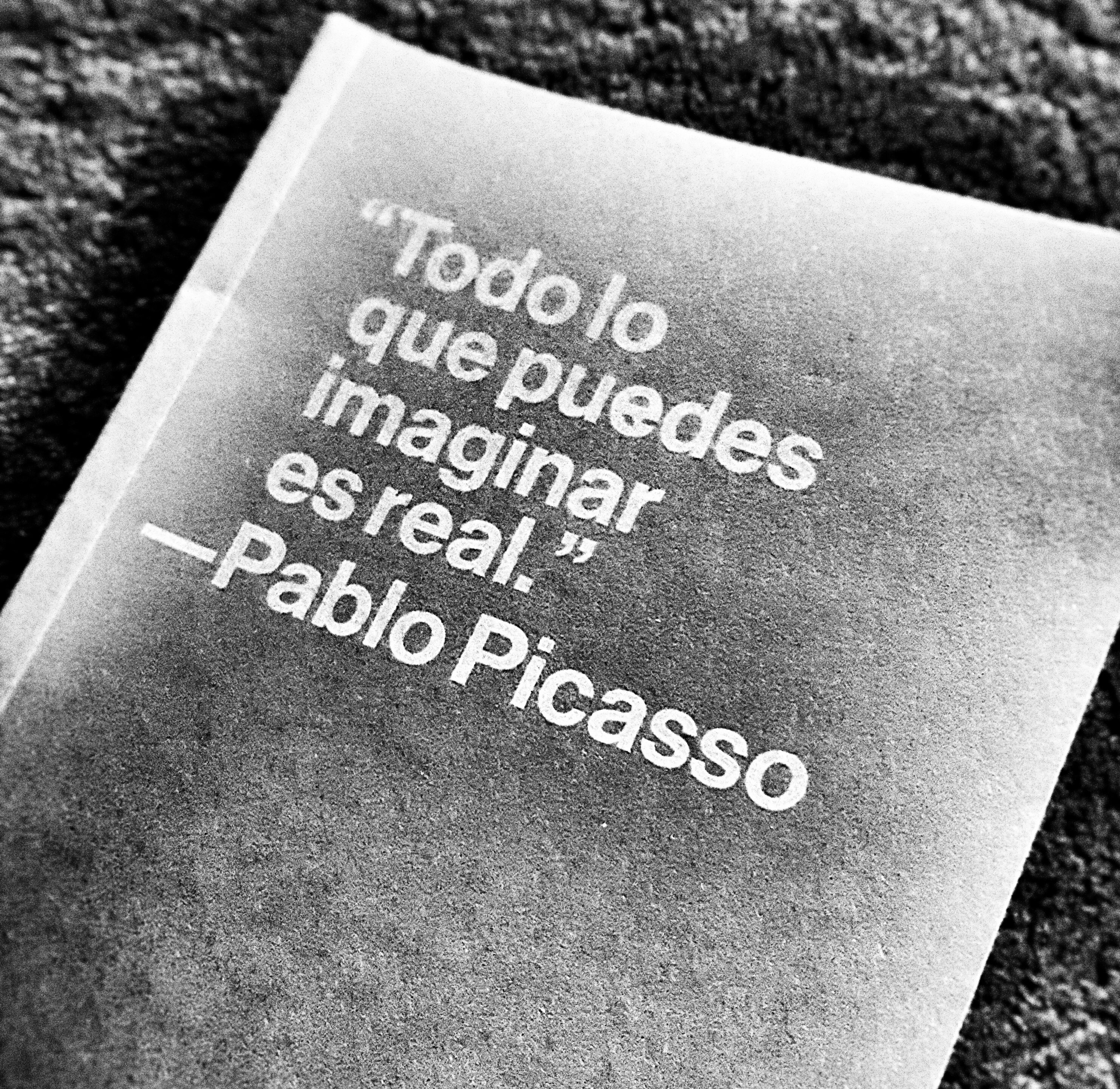 Having seen and studied some of the paintings by Picasso and Dali over the last few days, I am unsure that my imagination even approaches either of theirs! Weird and wonderful! But I do believe that if you work at what you want you can make it real.

Yesterday was my last official day of working as a teacher in a school, at least for the next two and a half years. After 30 years teaching children and adults in schools and colleges; mainly French, German, Spanish & Phys Ed, but also Health, Drama, Food & Nutrition, PSHE and ICT (phew!) I am taking a scary but exciting step into a new world.

Not too big a step though… I will still be working in Education supporting schools and teachers integrate digital technology into their schools and curricula. I have been working towards this over the last few years in my role at school as an “eLearning Mentor” supporting my colleagues as they cope with the huge changes that technology has brought to their already busy worlds within and without their classrooms.

Change is scary. It is stressful. Technology can be overwhelming and make people question their worth, their competency and knock their confidence.

I saw a Facebook post earlier that said “Making a big life change is pretty scary. But know what’s even scarier? Regret.”

Decisions I (we) have made, big ones, like moving the family to the other side of the world, over the last decade have maybe been made on that basis. How would we feel 15 years on? Would we always say to ourselv
es “What if…?” But maybe, in today’s text speak, there is also a little bit of FOMO there too?

I have a dear colleague in the UK who asked me to promise when I left that I would learn to say “No”. I get excited about new things, new directions. My imagination starts to run riot (not quite like Picasso or Dali) when I see the possibilities and I often do take on too much. But that’s just who I am. Is it FOMO, is it fear of REGRET or is it PASSION or IMAGINATION and the BELIEF that I can make my imaginings real?  I don’t know. Sorry, Sue. I have not learned how to say “NO” but my world is getting bigger and I am excited (and a little bit scared) about my next big step.

Bring on the reality of my imagination!

Five weeks into my job and I am loving it.I  am being challenged in all sorts of ways but realising that I know more than I thought I knew.