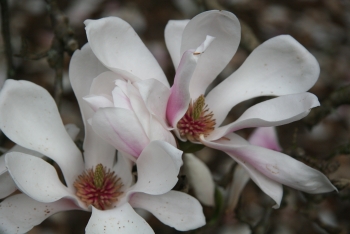 Well it’s the 1st September and officially the first day of Spring! No rain for a few days and the sun has been out and although the sun is warm out of the wind there is still a bite in the air. However, legs have been in evidence over the last week, shorts and jandals are back (if they were ever really put away – certainly Aonghas has continued to wear his Holeys and shorts most of the winter!). The winter season ended with Aonghas’ team’s final rugby match which they won convincingly. Aonghas finished on a high, scoring the final (and his only) try of the season and winning the ribbon for best supporting player and best try of the day! The coaches have worked really hard to boost his confidence urging the other players to pass him the ball so that he could score! All that is left of the rugby season for both boys are the presentation evenings and a march past at the Waikato V Counties Manukau game next weekend. All the junior players get to march round the stadium before the game and then get a free ticket to watch. We haven’t made it to any games yet so it will be good to see what the atmosphere is like. They haven’t been doing very well recently and only won their first match last weekend but due to the bonus points for draws, scoring more than 4 tries in a game and only losing by less than 7 points they still manage to be in the top half of the table. Let’s hope we see a good game on Sunday!

On the house front there is still no news – I guess the solicitors are busy beavering away sorting out the paperwork, fingers and toes still crossed and we have tentatively started to look at what is on the market over here again. House prices are apparently set to level out here as we go into spring and summer. There is likely to be a bit of a boost to prices in this area as people try to get their children into Hillcrest High School. The Primary school is also going to be zoned so people selling houses just round us will be able to command a higher price than elsewhere. It may well be worth us waiting another six months before we buy – but who knows? It’s all a bit of a lottery isn’t it? We are also quite tempted with being out of town a bit as we can get more land and possibly a bigger house for less money. But set that against having to drive everywhere, possibly having to have two cars and less independence for Lachlan in terms of being able to get around town with his friends. However, we haven’t seen anything yet that shouts out to be bought and we have the advantage of not needing to rush into anything. We are quite happy

where we are despite it feeling a bit small, but summer is on the way and we will be able to spend more time outside and less time cooped up indoors!

We managed to get out and about a bit this weekend – Aonghas is running in his school cross-country race on Friday in Hamilton Gardens so he took us to see the route he will have to run. The tree are really beautiful at the moment – I have never seen so many Magnolia trees in bloom. And so many different varieties too, I definitely want to get some for my garden when I have one! The Camellias are also lovely though have suffered from the rain – their blooms seem quite delicate and many of them have rotted in the wet. They seem to bud but then get hit by the rain and don’t quite get to open fully so the ground is just carpeted with fallen petals and whole flowers. The “Mighty Waikato” is still high and Aonghas was quite tickled by the picnic bench and trees up to their knees in water!

The sound of the birds is also amazing – as the mornings get lighter the birdsong is louder and more varied. We went to Rotorua yesterday for a look around and were just blown away by the noise and number of water birds by the lake. We had a lovely day out but it was quite chilly over there though I spent a pleasant half hour dangling my feet in a hot pool wile the boys played on the playground. (I was trying not to see Lachlan with his broken arm hanging on the climbing frame!) We treated ourselves to lunch in the Mad Dog (or was it Fat Dog, can’t remember) to celebrate 6 months over here. It was a good feed and definitely a place to recommend!