Wow!  What a busy term! When we looked at the term planner at the beginning of last term we were pleased to note that there were at least 4 short weeks – that is weeks with one non-teaching day.  They were either Teacher Professional Development  Days or whole school events such as House Cross Country and House Singing. However if we were under any illusion then that that would mean a bit of a break, we certainly aren’t now!  It has been a frenetic and exhausting term coupled with cold weather and short days.  I am definitely ready for a bit of time to replenish my energy store.

Swine Flu has also added to the worries – with classes missing up to 12 girls at a time due to illness, teaching and learning has been affected.  I guess if you are reading this in the UK you may well be unaware of the hype surrounding Swine Flu – probably only heard about it in passing on International news.  Here however, it is a constant in the news.  We had our first 3 deaths over the weekend and have gone from “Containment” to “Management”.  To start off with everyone coming off a plane was carefully checked for flu-like symptoms and immediately tested and quarantined; those with no symptoms were asked to monitor their own health and report immediately to a doctor if they developed flu symptoms.  In schools, Senior Leadership Teams were manically preparing Pandemic Plans in case of school closures; indeed several schools around NZ did close for short periods. The aim was to try to contain the virus but once the magic number of over 100 reported/tested cases ranged around the country was reached we went into “Management” phase.  To the dismay of the students this means that there are unlikely to be any school closures unless so many staff and students are absent with the virus that it is impossible to operate effectively.  We have had one confirmed case in our school but it is likely that there have been others as the doctors are no longer routinely testing suspected cases.  It is generally perceived to be no more dangerous than normal seasonal flu; masses of deaths are not expected but it highly contagious.  The fear is that so many people will be ill and unable to work at once that the basic infrastructure of daily life will be threatened.  We are still in the middle of winter so still plenty of time for people to succumb to wintry illnesses which lower the immune system leaving it open to the HN1N1 virus.  Let’s hope that we emerge unscathed!

I have just recovered my voice after losing it somewhere for a few days to the great amusement of my boys. Standing out in the damp and cold watching 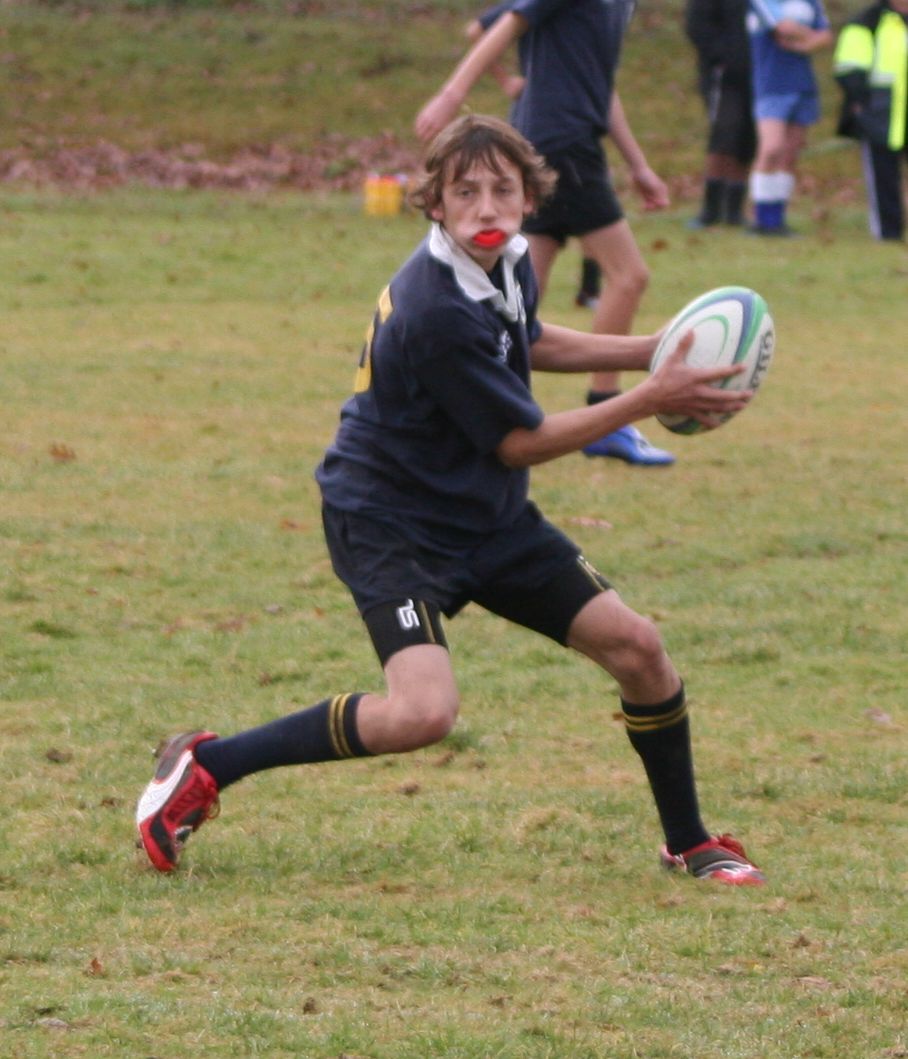 Lachlan playing rugby in far flung destinations in the Waikato probably hasn’t helped, but then neither has playing hockey in the pouring rain 3 weekends on the trot!  How come it always seems to rain on Sundays?  Reading that, it sounds like we have had a wet winter but that is certainly not the case. For the most part we have been blessed with high pressure which has meant beautiful clear blue skies, very cold nights and early mornings (-5C) but warming up to around 15C in the sun in the afternoons.  Can’t really complain!  However, the school holidays have started and so has the rain – why am I not surprised?  At least that means that it will be snow over the mountains, which is all good as we plan to get to the ski fields next week. Well  that does depend on Number 1 Son who, true to form, has managed to injure himself playing rugby.  He came off worse in a tackle on Saturday and has sprained his shoulder (not sure what that means!) but apparently he should be okay after a couple of weeks rest.  It does mean that instead of playing tennis this week he will be at home and useful as a babysitter so that I can go out and catch up with some friends….

Lachlan is the proud winner of his first squash tournament despite not being able to play his final match.  He has already spent his winnings –a $30 Warehouse Voucher – on a DVD and a CD.  His rugby team are struggling to win after having managed to qualify for the “A” Grade competition. They certainly don’t lack talent but commitment to training is a problem and getting up early to get to Away matches is not popular (I can relate to that!).  So far they have lost all but one game which they drew but the results don’t tell the whole story; if we only played 2nd halves we would have won most of the matches – it takes them 40 minutes to get going! Never mind, it is all a learning process and hopefully they will come out of it stronger, more well-rounded players!!!  (see http://www.hillcrestrugby.co.nz/ for match reports and pictures)

Aonghas and his hockey team have had more success so far.  After the first few rounds of short 25 minute games they have qualified for the Milne Cup competition as one of the top 8 teams.  From now on games will be more competitive as they will be playing the best teams and they will also last 45 minutes.  However, they have really come on as a team; there are a few players who have played before but also a few, like Aonghas, who have never even held a stick before!  Aonghas is really enjoying playing – he has scored a few goals which has helped his confidence and he now needs to work on hitting the ball.

other random acts of leisure!