Back to Liz’s flat and then off to Euston to get the train to Oxenholme – I won’t bore you with all the details but the First Class food service on the West Coast Virgin Trains Line is not First Class! They were trialling a new service which was definitely not up to scratch!

A busy weekend ensued – Liz and Jen dropped me off in Kirkby Lonsdale early on Sat morning – fortunate for Kate or she would have missed her hair appointment in Ingleton if I had not woken her with a phone call! Had a potter round Ingleton and then Jez took me over to Giggleswick to see Ann which was lovely. Then back to Liz’s and over to Fiona’s for a barbecue which was just great! Tasty food, perfect weather, wonderful setting and brilliant company. Fiona’s wine glasses are like buckets which means you drink rather more than is good for you – isn’t that right Blackers? It also makes you think that you can sing! 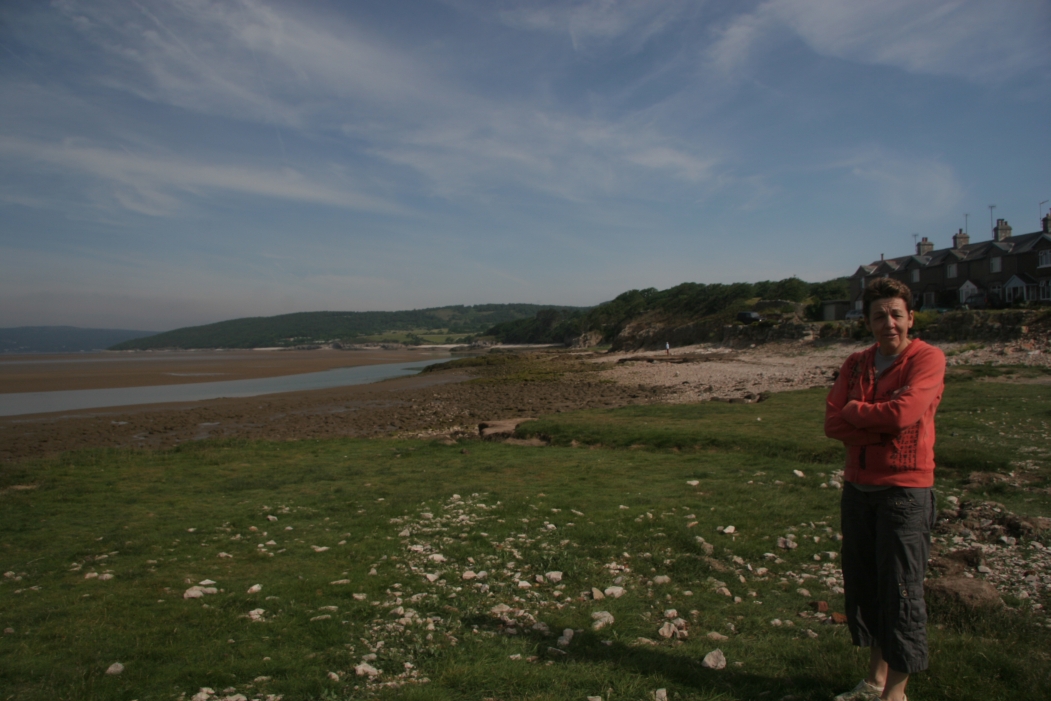 But what a laugh we had on the karaoke – talk about Britain’s got talent – it was all there in Fiona’s front room! Thanks Fiona for a great night!

Next day after not very much sleep and through the fog of the biggest hangover I have had in years I met up with Sarah and Becky for a walk with the Jaspers. Fortunately by then the Ibuprofen had kicked in and I felt sort of human again! With the sun shining across the bay the mudflats at Arnside looked almost like golden sand! It was a lovely walk though and great to catch up with all the news. We had lunch back in 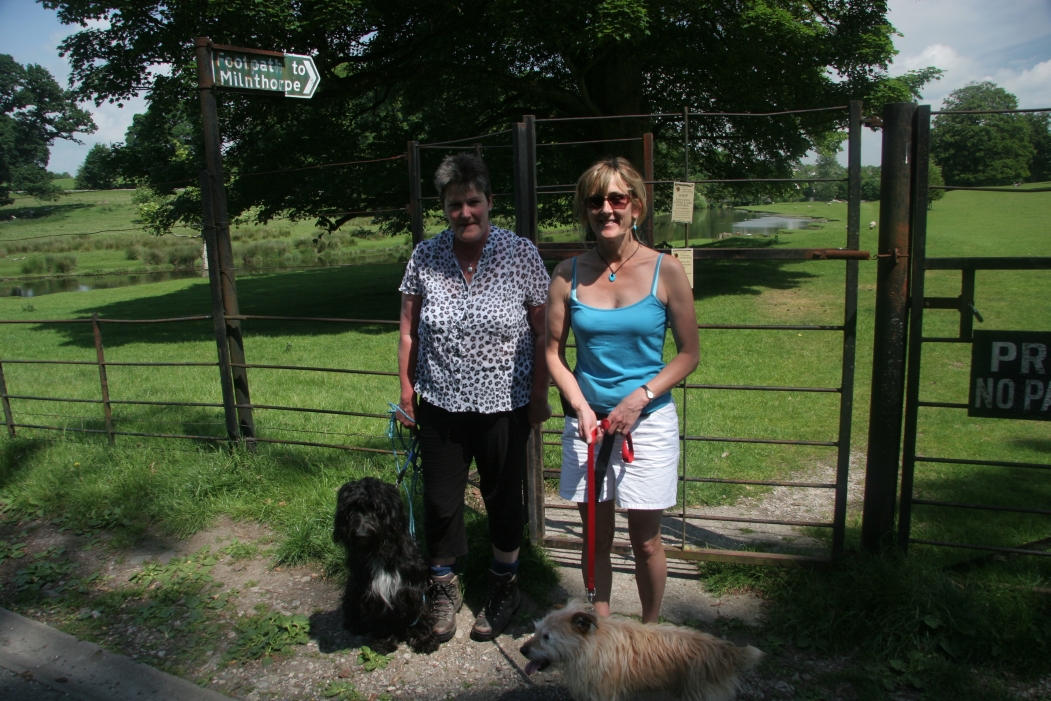 Sarah’s new conservatory (totally transforms the house) and eventually had to say goodbye as Becky drove me back over to Kirkby.

In the evening Kate and I went along to Ginny’s to meet up with Mel, Jan, Clare, Fiona and Ann to celebrate Ginny’s Birthday. Warm enough to sit outside (though we did have a brazier going which was very pleasant as the sun went down) Again it was lovely to catch up with people and a very relaxing end to the weekend.

Went for a tour round the local schools. It was easy for Lachlan as we are about 150 metres from the local high school, Hillcrest High. It seems OK and has a reasonable reputation. The folks living next door to us actually moved here so that there kids could go to it.

For Aonghas, there were two options. Silverdale primary was at the end of the road, about 5 minutes walk away. We went there first and met the deputy head in charge of his year range. Aonghas has just come out of a UK Year 3 class and we were a bit non-plussed when it took her several minutes of leafing through a booklet to work out what class he would be in. She wanted him to start year 3 again, in a mixed class with year 2’s. Seemed a bit strange to us but we carried on and let her show us round. The school seemed alright-ish but perhaps a bit dated. The telling thing for us, though, was the fact that she never talked to Aonghas the whole time that we were there. She never once said anything to him, she never asked us his name and she just said “He will do this” and “He will do that” all the time.

In the afternoon, we walked over the park at the back of the house to Hillcrest Normal School. It’s a bit further away but we timed it as a 12 minute walk. As soon as we walked in, the receptionist asked Aonghas what his name was and when his birthday was. “You’ll go into year 4 then” was her comment, as she continued to talk to him while we arranged to see the deputy head. We walked away with little decision to make!

One thing that we did discover is that state education in NZ is, on the face of it, more expensive that the UK. We have to buy all exercise books as well as pens, pencils, glue sticks, scissors etc, etc, from a fixed list, plus contributions for photocopying, computing, the school in general and various other bits and pieces. Fixed uniform for Lachlan too and that’s only available through the school. Makes a request from QES for a £10 or £20 contribution pale into insignificance.

House empty, work finished – seems like a good place to start writing this. First of all thank you to everyone for all your kind words, messages, help and meals over the last few weeks We’re staying in a caravan at Silverdale for our last week in the UK. The weather has been pretty wet but there have been some excellent winter sunsets over Morecambe Bay. 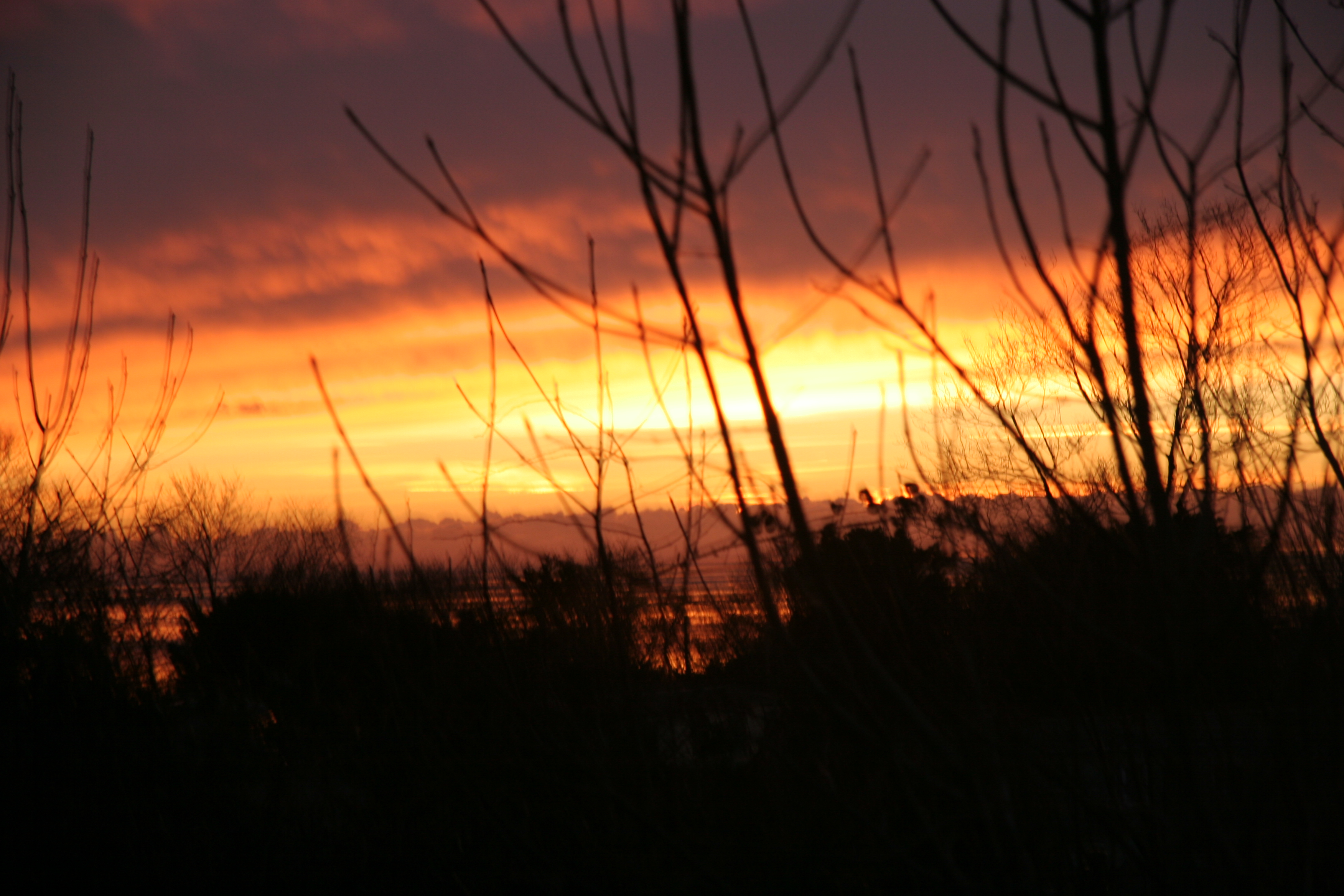 Today I’ve been spending some quality with my brother while we drive up and down to the tip all day getting rid of the piles of junk and rubbish that even we’re too embarrassed to take with us! Also need to get ready for tonight’s party – and collect some balloons!