We have had a pretty awesome Autumn here in the Waikato.  Lots of blue sky days and the light has been beautiful so I have really noticed the changing colours of the Autumn leaves.  We have just had the last couple of apples off our little apple tree – they are delicious – crisp and with a sweet tartness; perfect!  The lemons are on their way and for the first time we have a little tree full of Clementines – so excited!  A couple of weekends ago we cleared the veggie beds of the old Brassicas and pulled up the tomato plants.  Unfortunately the wetness of Summer put paid to a lot of our harvest – it was warm and wet so the caulis, broccoli and cabbage grew quickly but rotted easily.  As usual we planted too many at once and they were all ready at the same time and we couldn’t eat them fast enough.  The tomatoes took a while to ripen due to the lack of sun but we were hit with what we thought was blight but may turn out to have been some other disease.  There were plenty of them but most of them were inedible!   We did have one plant that was on its own that produced – a little late because it was not in an ideal sunny position, but the tomatoes were huge and when I pulled it up there were a few pounds of green tomatoes.  I discovered that Fried Green Tomatoes are delicious!  The Feijoa harvest was better than last year and once again we could not eat them or cook them fast enough – really must discover a better way to 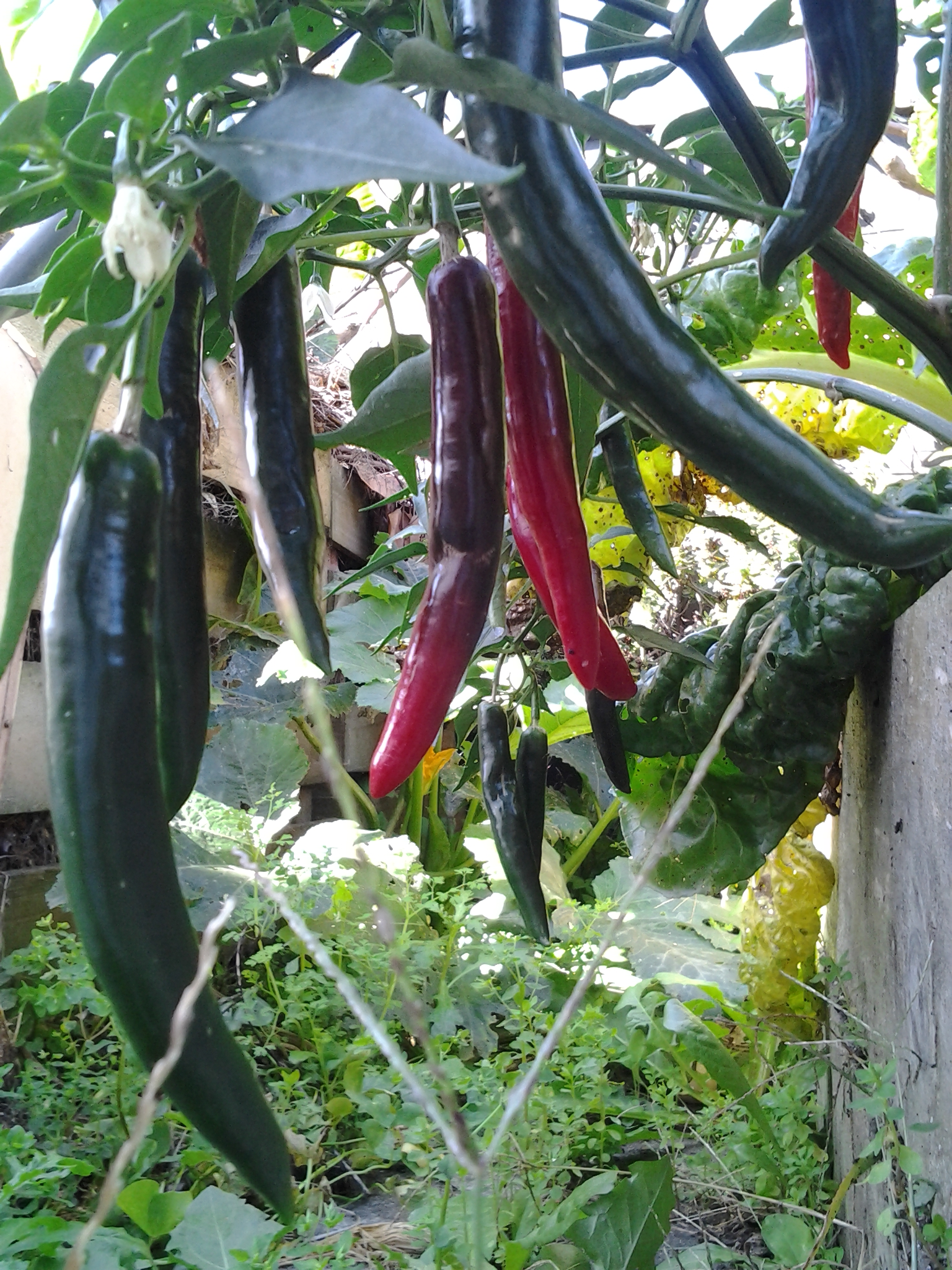 use them as there is so much wastage.  The Camellia bushes are all coming into bloom so there is a splash of colour in the garden, the odd rose still keeps coming out too – bizarre!  The real success of this summer has been the chillis; we have two plants and they are laden and still flowering!  I have dried a jarful so we will be able to use them during the winter but it is probably time to pick the rest and do something with them ans we have had a couple of hard morning frosts in the last week or so.  I am still amazed at how fast things grow here, especially the weeds!  We took a carload of cuttings to the tip a couple of weeks ago as we have simply run out of composting space!  We seriously need to do some work on the small trees we planted a couple of years ago as they are either outgrowing their pots (Olive and Lime) or suffering from the wind and are now leaning and need staking again (Feijoa). That particular Feijoa had huge Feijoas on it too – twice as big as the other tree but very tasty!