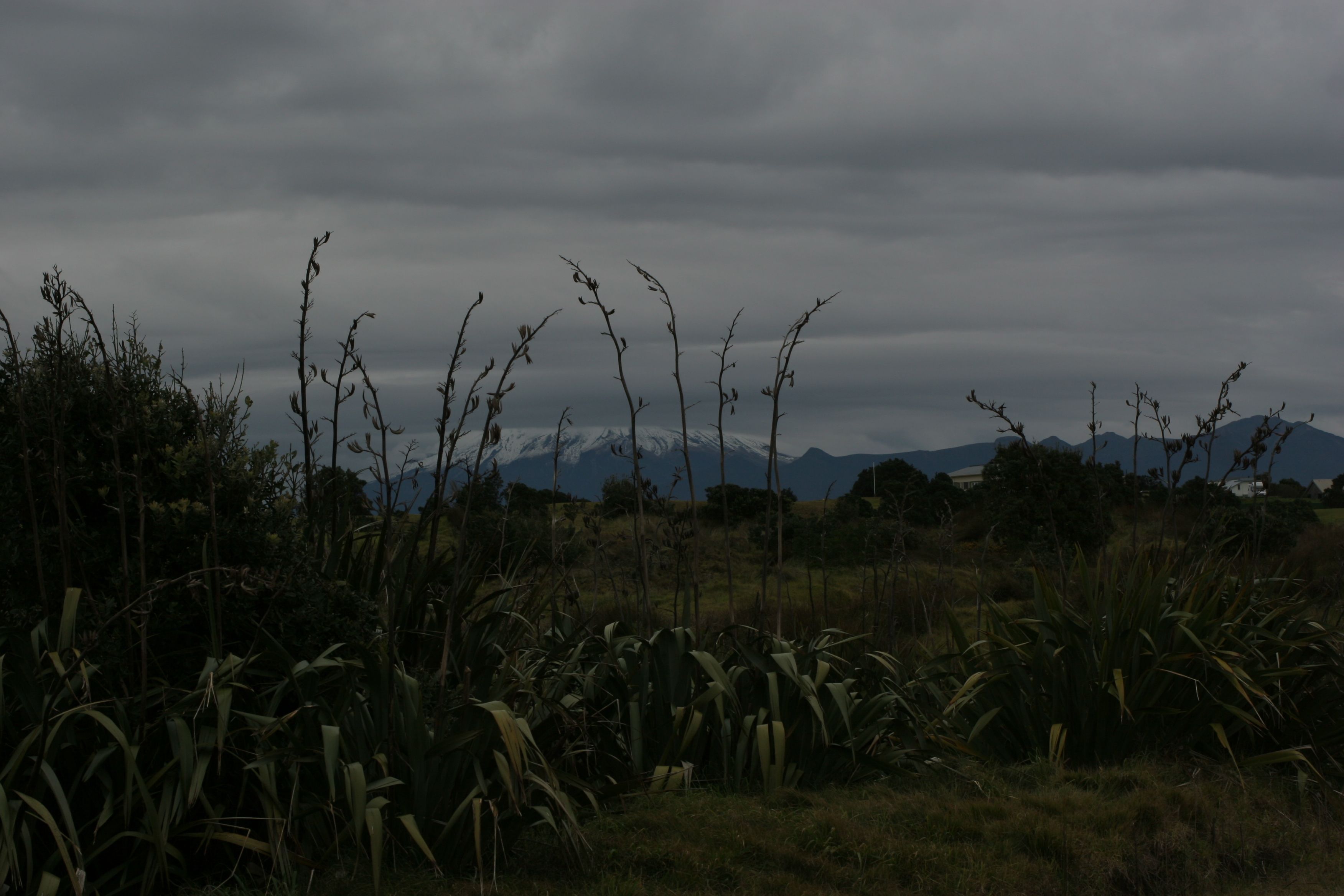 This morning was bright, with enough blue to mend a sailor’s trousers but the clouds were gathering and there was definitely rain in the air. Gus and I were up and keen to head out but Nigel and Lachlan slept soundly until Gus made enough noise to wake them at about 10am! Another slow start to the day and as the morning wore on, the sky darkened and what little sun there had been retreated, beaten back by the wind. Nevertheless the forecast suggested that the rain would hold off until evening before setting in for the next couple of days so we decided to hire bikes and ride the New Plymouth Coastal Walkway.

We set off on our “retro, built for comfort” steeds heading north into the wind to get the benefit of the tail wind on the return journey! According to the blurb, the walkway is “ideal for walking, running, cycling or skating, or simply enjoying the view of the dramatic west coast”. It was good to get out into the fresh air (and, indeed, it was fresh!); we started out in the middle of New Plymouth where the path runs along the coast, through a holiday park with access points to the surf beach at Fitzroy. Then we came to the Te Rewa Rewa Reserve where the path meanders through the Toetoe. There is work going on here to replant natives and restore the dunes and the natural habitat behind them which in turn will help reduce the coastal erosion and maintain the area for generations to come. The Waiwhakaiho river is spanned by what has become an iconic award winning bridge – the Te Rewa Rewa Bridge. I love it! 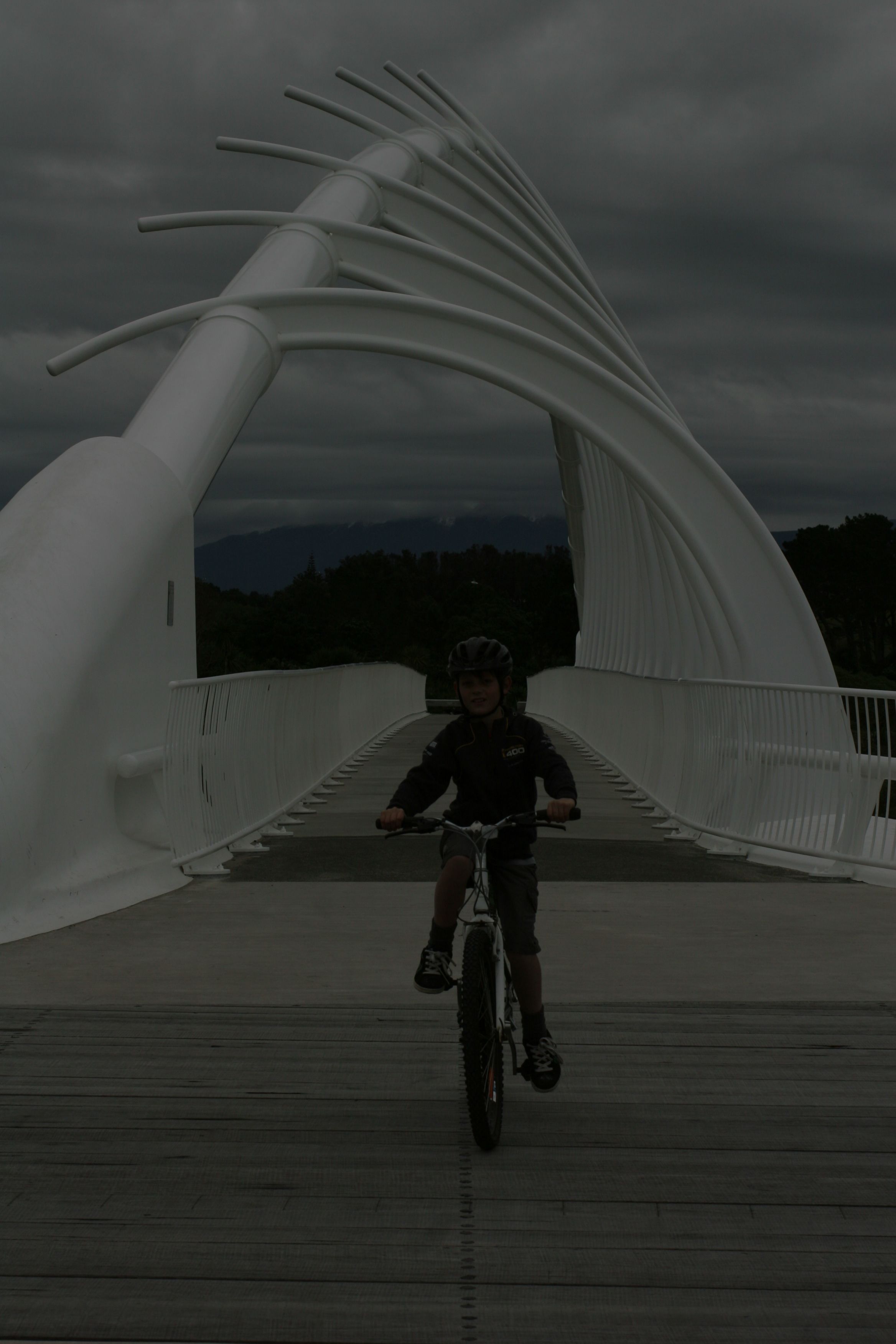 Unfortunately, as Lachlan said, we came on the wrong day as if you look through it from the northern end it frames Taranaki perfectly – that’s if it isn’t blanketed in cloud as it was today! Meandering on through farmland past a couple of what I thought were uninspiring sculptures we stopped often to look out at the ocean flecked with white horses. But the air was getting wetter, how long could it hold it before letting the rain loose on us? We decided at Bell Block that a hot drink was in order before heading back, but where? 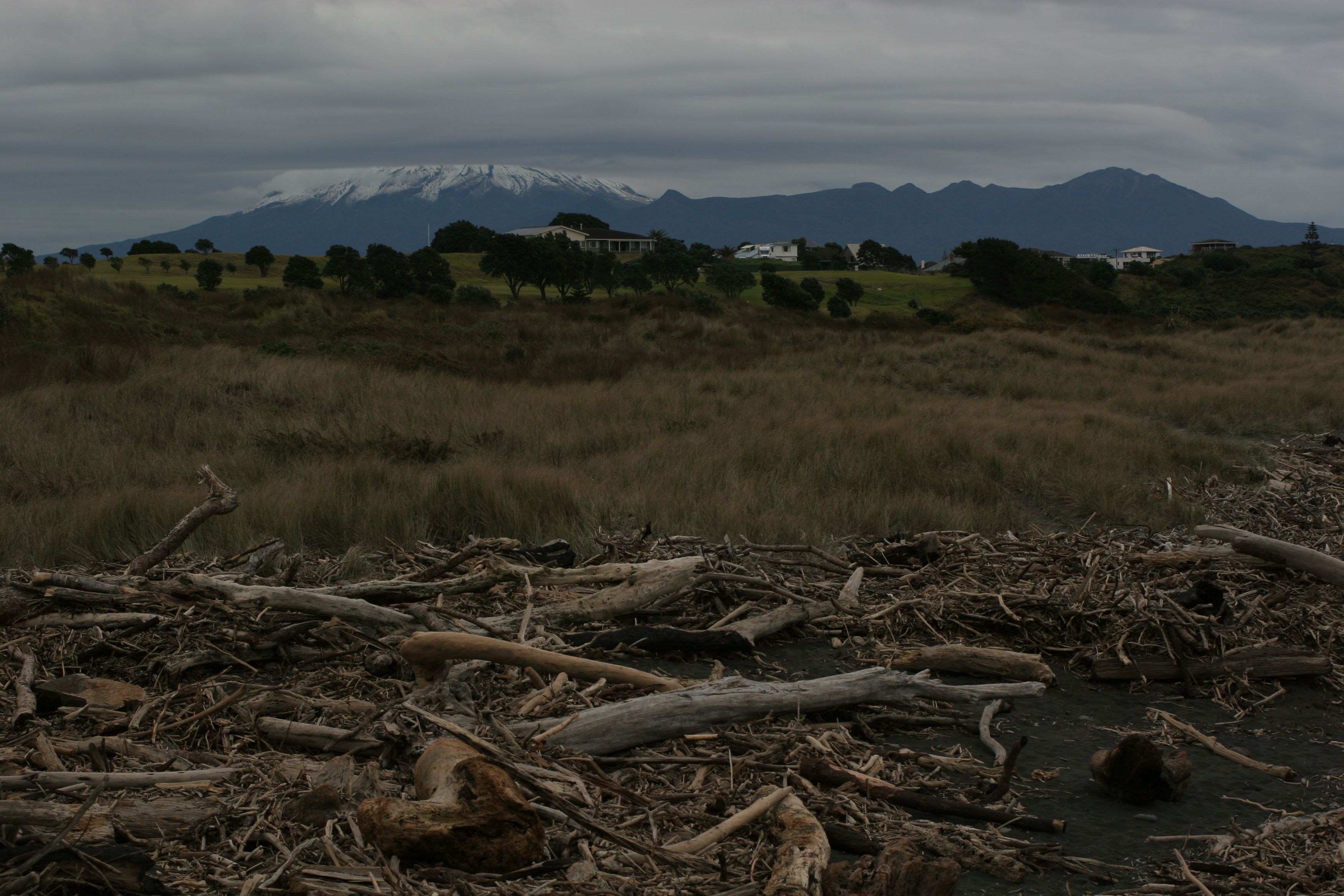 Nigel consulted 4Square on his phone which suggested that there were two cafes in the area. After asking a passerby for directions we found our way to a cafe where we had coffee and cakes. The warmth of the place was welcome and we found it hard to step back out into the cold wind. However, the rain was holding off – just! We didn’t bother stopping to take in the views on the way back; apart from the cold and wind and finally the rain, we had to get the bikes back before our three hours was up and they turned back into pumpkins! There was just enough time to racedown to the city centre to see Ken Lye’s 45m Wind Wand swaying before delivering the bikes to the Cycle Inn. 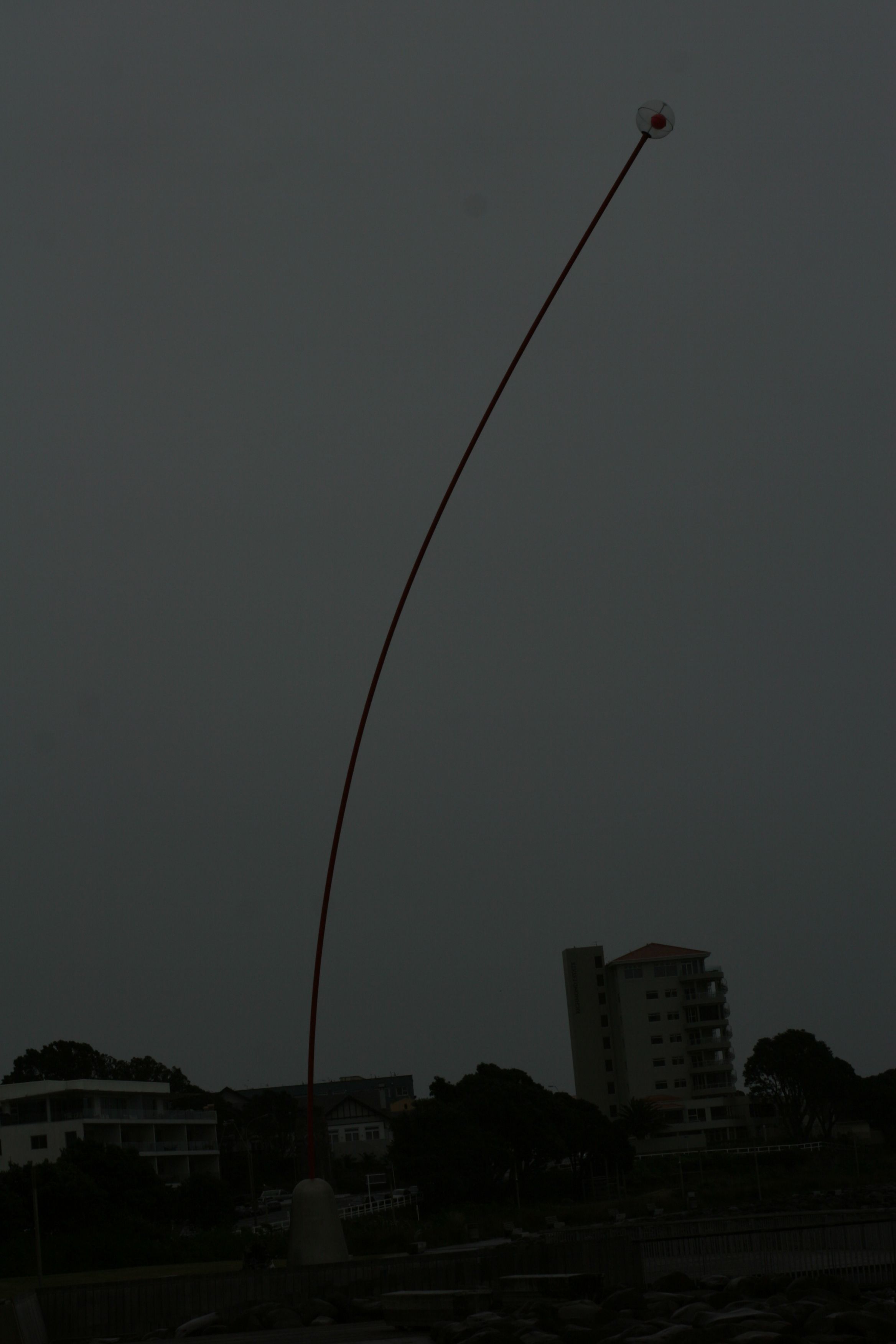 The rain had really set in now and Aonghas’ second request for the day was to go to Puke Ariki, New Plymouth’s museum. It seemed like a perfect thing to do on a wet, windy winter’s day so off we went. It is only a small place but is packed with heaps of information and displays. Far more than we could “do” in the couple of hours that we had but we enjoyed it nevertheless. Downstairs they have an area with some strange exhibits which the curator said had been found in the archives when they were setting up the museum. They decided that rather than just put them out with labels it might be more fun to ask the visitors to guess what they might be. This has proved to be a very successful idea and the boys spent a good hour and a half wandering round making suggestions on the cards made available and pinning them 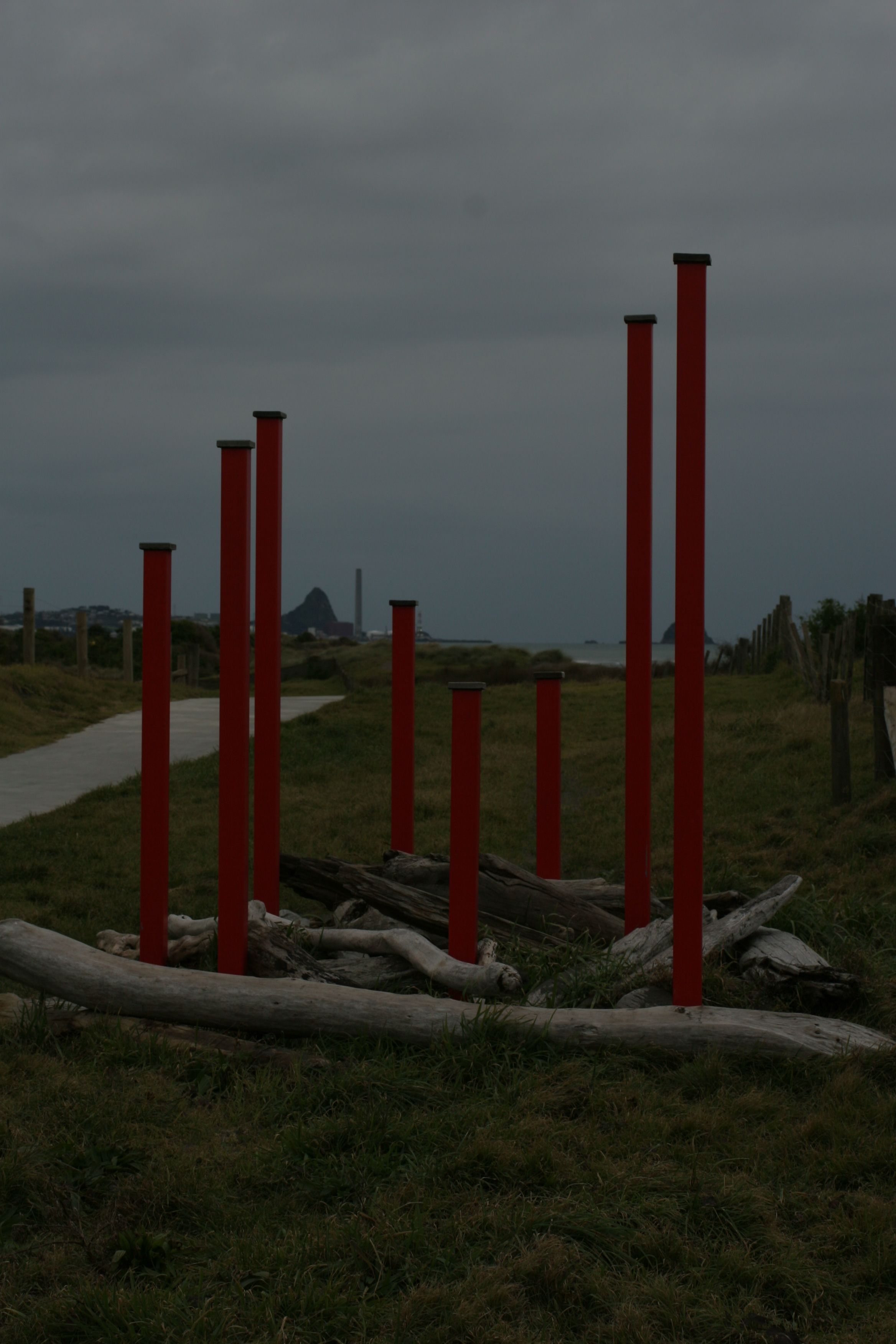 on the display boards. It was also fun reading what other people had written. Interestingly the real explanations weren’t half as inspiring as the imaginations of the New Zealand public! Nigel and I snuck away for a coffee whilst the boys exercised their imaginations until we were discovered and dragged back to the exhibits! The displays upstairs on the geography etc of the region are very informative and I particularly liked the explanations of the history of eruptions of Pouakai, Kaitake and Taranaki and how they shaped the land as it is today. The Maori section is also cleverly put together and I would happily have spent a lot longer browsing, but the boys were hungry, the museum was closing and it was time to go back for tea! Definitely a place worthy of a longer visit! 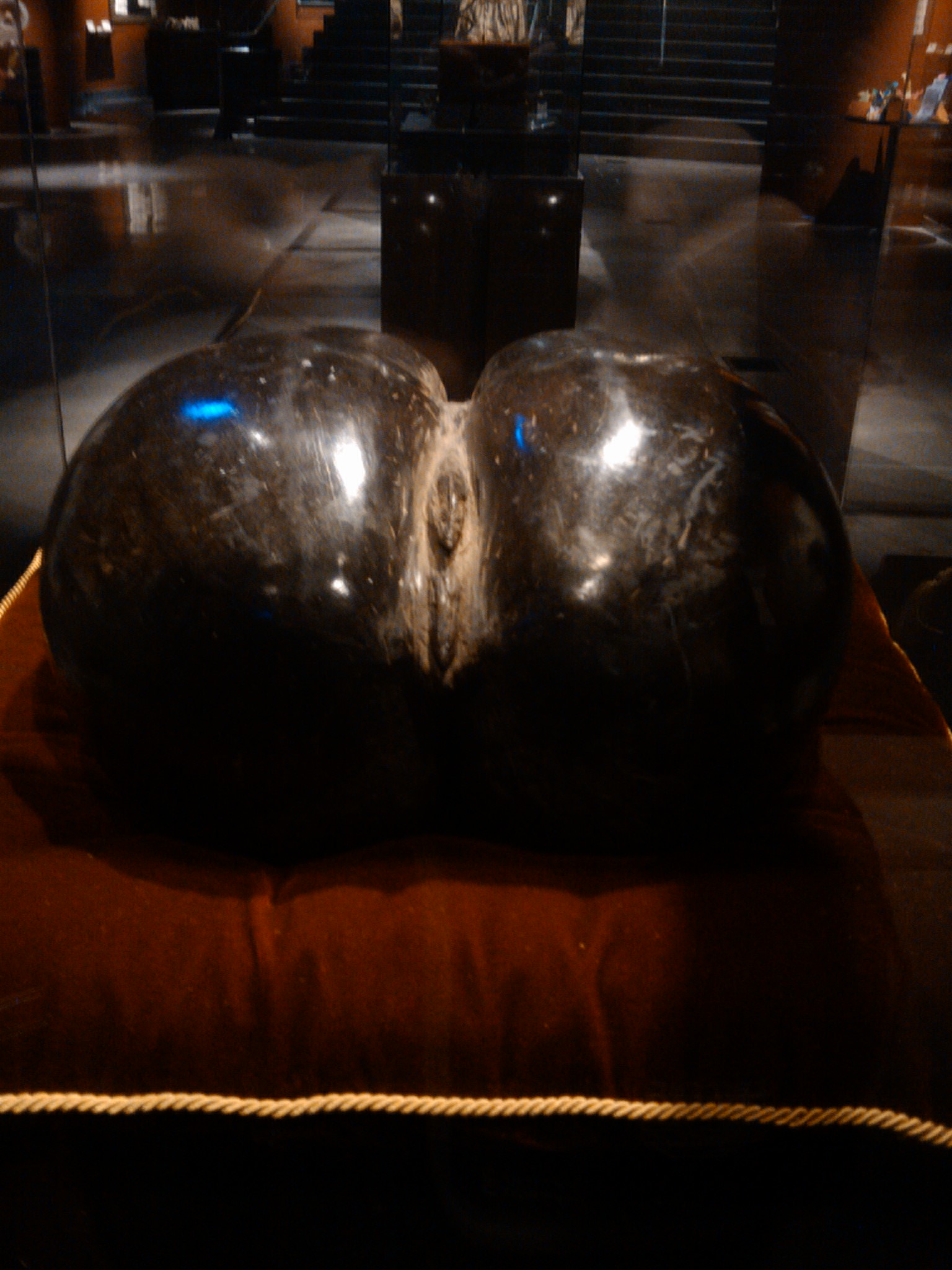